In 2012, Galysh was honored by Brian Moore Guitars with his own signature guitar, the Adrian Galysh Signature C90F, which features Seymour Duncan JB and Alnico II humbucker pickups.

“Seymour Duncan and great tone are synonymous in guitar circles,” said Galysh. “I have Seymour Duncan pick-ups in just about every guitar I own. The company has always been super supportive of my music, and I am pleased to perform for them at this year’s NAMM convention.” 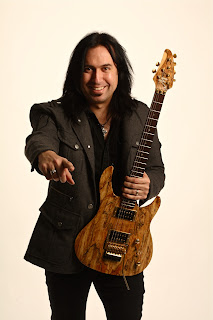 
UPDATE! Footage from the performance:


and get a FREE MP3 of my song "Ventura Blvd." featuring Mike Keneally and Carl Verheyen!

Posted by Adrian Galysh at 4:29 PM