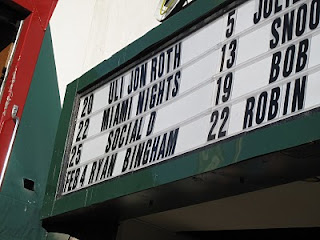 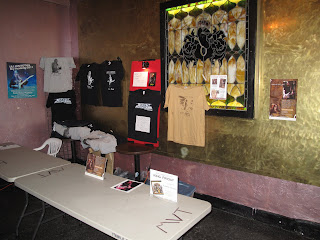 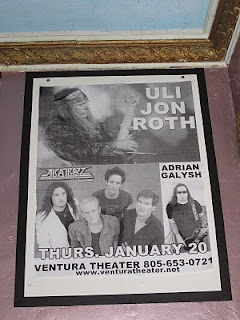 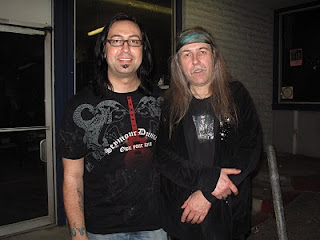 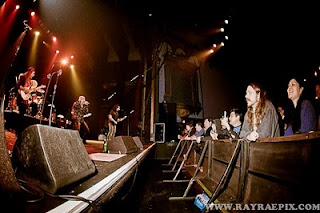 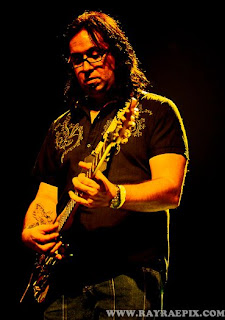 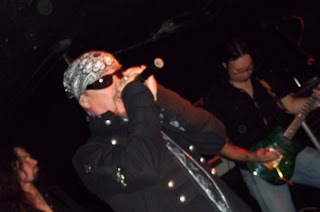 Today the band had their first rehearsal, with out Uli. He doesn't arrive to SoCal till tomorrow, and with the NAMM convention, it would be difficult to coordinate any other rehearsal before Monday's.

The drummer, Glen Sobel, you may know is my regular drummer for my own gigs, and as always was uber-prepared, and luckily our notes/charts seemed to line up. This, however, is the first time meeting, let alone playing with Bjorn Englen, the bassist for these dates. Bjorn has been Yngwie Malmsteen's bassist for the last 4-5 years and has a strong feel for the tunes. Mark Boals, of course, also known from Yngwie's classic "Trilogy" album and others, was on hand for vocals.

Comedy ensued as Mark kept asking whether I would sing backup/harmony parts for every Scorpions song we ran through... I obliged with mixed results though better than I (and I hope the others) expected.

Overall we did pretty well, and it sounded rather tight. What you would expect from seasoned musicians, I guess.

These SoCal tour dates will feature a number of classic Scorpions songs, some Jimi Hendrix, and a couple Electric Sun tracks.

On Monday, we rehearse with Uli.
Posted by Adrian Galysh at 9:55 PM 1 comment:

I received the set list last week. I sorted through the recordings I have, then bought the songs I didn't have from itunes. I then sorted the recordings and put them into the order of the set list... some tracks, though, have chnaged over the years and Uli has asked that we learn the songs as they have recently been performed - youtube recordings are our reference.

The set includes a good number of classic Roth-era Scorpions songs, a handful of Jimi Hendrix and some Electric Sun. The plan: learn the songs in groups... Scorps first, Hendrix, then Electric Sun.

Today, I began to sit down with the Scorpions tracks - the difficulty with these, is dicerning/differenciating my rhythm guitar parts, as the original recordings/mixes can make it hard to hear individual harmony/guitar parts. I plan to make notes of the parts/sections in question and perhaps ask Uli about them over Skype.
Posted by Adrian Galysh at 11:12 PM No comments:

I will open for legendary ex-SCORPIONS axeman Uli Jon Roth and ALCATRAZZ (featuring Graham Bonnet) in January. I will also perform in Uli Jon Roth's band for these Southern California dates.

The details are as follows: