The year is ending and its been a musical one. Here's a few albums that I thought stood out in 2011:

Devin Townsend: Ghost and Deconstruction - Another masterpiece from the ever growing and maturing Devin Townsend. Over the last few years you can tell Devin has been taking his meds. His writing is more focused, but like any great album, seems fresh and new with every listen. 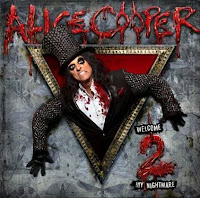 Alice Cooper: Welcome 2 My Nightmare - A great return to form for Alice. Alice's albums through out the last two decades have been hit and miss, but with the help of the original Alice Cooper band members and Bob Ezrin, W2MN delivers a variety, classic rock, smart lyrics with better production than previous albums.

Whitesnake: Forevermore - Just as good, if not better than "Good to be Bad". A real solid hard rock album that shows more of a band effort. Granted the band is who it used to be, nut that s to be expected. A great listen for fans of rock guitar. 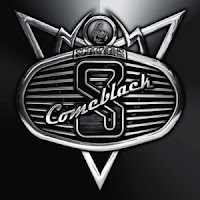 Scorpions: Comeblack -  I had my doubts and reservations about this release. Half re-recordings of Scorps classic and half cover tunes. Hmmmm... well, the new versions of Wind of Change, and Rhythm on Love are good updates on the originals which seemed a bit slick production wise. The covers are fantastic, and my favorite is their take on the Beatles "Across the Universe".